People are taking extreme measures these days to prevent themselves and their loved ones from getting sick, but one American family is taking their safety to a whole different level.

The Gembala family purchased a former deactivated military bunker that is made entirely of concrete and steel in a rural area of South Dakota.  The area contains 575 of these bunkers, which were formerly used to store munitions and bombs until 1967 when their use was over.

These unique bunkers have their own power supplies, running water, and the family has furnished themselves with enough canned food and dried food to last two years or more. 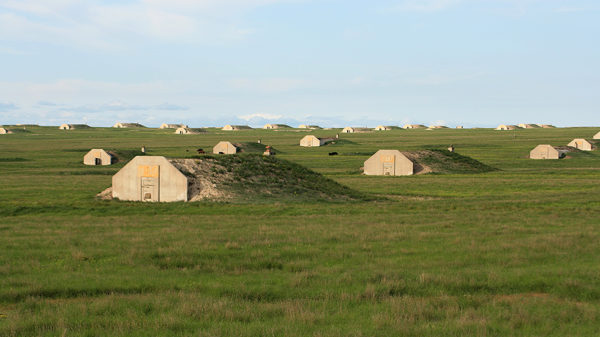 The proud owner of this newly modified bunker is named Michael Gembala (a builder from the state of Indiana).  He was quoted in the news as saying, “It makes sense to have life insurance and car insurance, and this gives us total insurance.” Michael has a wife and two children.

The family packed up their home in Indiana at the end of March 2020 and moved into their new bunker home.  The bunker home is located in a remote countryside and intentionally located far from any flood sites or possible nuclear targets that could be attacked.

The price of a bunker is very reasonable, at a low $35,000.  Each owner is responsible for customizing it to their wishes and desires.  The firm Vivos runs the site and calls it “the backup plan for humanity.”  Renovations range from $30,000 to $150,000 depending on what features you want to incorporate into your bunker.  Some have lavish bathrooms, full sized living rooms, large bedrooms, movie theaters, swimming pools, gyms, and more.

Some people may think the Gembala family is crazy for buying a new bunker home, but according to the firm Vivos, they are not alone in their quest for safety.  The sales of bunker homes are up 500% and inquiries have skyrocketed over 1,000% since the global crisis began.